The changes to site features are designed to address existing adverse impacts to water quality. The proposed facility improvements and BMPs will reduce erosion and runoff by removing certain facilities from the stream buffer zones and introduce improved management practices described in Appendix B. Three projects associated with existing structures within the stream buffer are proposed at the Tennessee Valley facility. Two include the conversion of existing homes or horse stalls to storage, while the third involves removal of a paddock.

All other construction activities would occur outside the stream buffer in previously disturbed areas; there would be no new construction within the 50-foot stream buffer zone. As with all Action Alternatives, new covered manure sheds would be constructed at each stable. Storing horse waste (manure, soiled bedding) on an impervious surface, under cover reduces the amount of pollutants leaching to groundwater, or being transported via surface runoff to nearby streams. Drainage and wastewater management associated with horse-keeping would also be improved at each facility. A new caretaker residence is proposed at Rodeo Valley.

This new residence would be connected to the existing sewer line on Bunker Road. As a result, no new source for nutrient input and transport would be introduced. At Golden Gate Dairy a covered exercise ring would be added to allow horses to exercise in winter without impacting wet soils, reducing impacts to runoff. The impacts of construction related to excavation, stockpiling of soils, etc., have been previously discussed in the soils discussion in section 4.3.4, and are not repeated here. Such erosion could have short-term, localized adverse impacts to water quality. However, with the implementation of proposed mitigation measures, the potential for sedimentation to reduce water quality would be negligible. 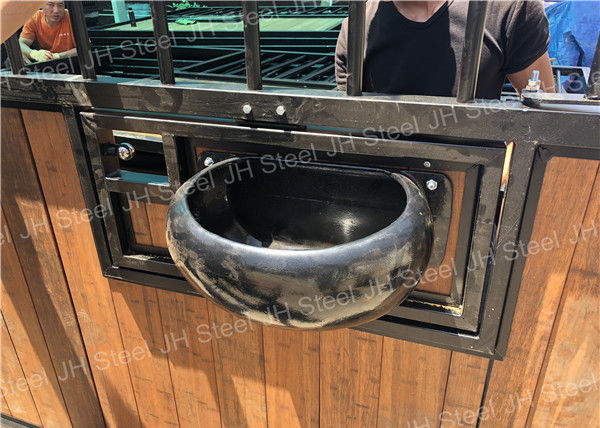