Construction activities that have potential to disturb soil resources at the Tennessee Valley Stables include removal of sheds and manure pad, construction of a new turnout, revegetation of paddocks in steep areas and construction of a new covered manure shed. Removal of the sheds and manure pad would have similar implications to those outlined for the Golden Gate Dairy in terms of exposing soils to erosive processes, compaction and vegetation removal by heavy machinery.

Construction of the new turn-out would also disturb soils in the short-term. Close adherence to construction BMPs should mitigate these impacts to negligible to minor, temporary and localized levels. However, a positive impact on soils would be the revegetation of the paddocks in the steeper areas of the Tennessee Valley Stables. Vegetation serves to anchor soils from the effects of wind and water erosion, especially on steeper slopes. Revegetation of these areas would likely result in minor, localized and medium to long-term positive impacts to soil resources. Additional positive impacts to soils would occur with the construction of the new manure shed and the reduced input of biological waste materials. These impacts would likely be positive, negligible to minor, localized but long-term.

Option B2 would initially adversely affect the soils in the area with removal of facilities. These activities would likely disturb the soils and vegetation at the site, resulting in increased potential for soil erosion and compaction by use of heavy machinery. However, the soils at the site would ultimately improve as equestrian use ceases; no further activities that contribute to compaction and soil nutrient inputs would exist, and over time the site would be reclaimed. These impacts would be positive and long-term in the immediate vicinity. 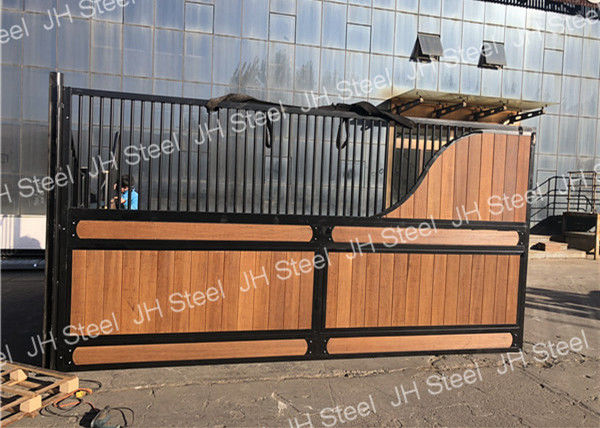