Under Option B1, Golden Gate Dairy, Tennessee Valley, Lower Tennessee Valley and Rodeo Valley would remain as equestrian stables. Option B1 would include the components common to all alternatives, as described above in Section 2.3.2. The following paragraphs provide narrative descriptions of the critical site modifications proposed as part of Option B1 as well as the reasoning behind the proposed changes. Table 2-6 provides a summary of the proposed facility modifications and Figures 2-7 through 2-10 display conceptually how the existing sites would be modified under Option B1. This option would improve and enhance the existing facilities while keeping the total numbers of horses and stalls unchanged at each facility from Alternative A – No Action. Overall the proposed facility modifications at all sites would improve visitor access. Many of the sites offer alternative uses of existing structures that are designed for improved flow and safety. For example, to separate horses from combustible feed, the existing feed and hay area at Tennessee Valley would be converted to stalls and the hay storage would be relocated to the historic red barn and the historic shed. At Rodeo Valley, the West Motor Vehicle Shed would be used as a offices, meeting space, and/or storage of noncombustible items, and could be used as a residential unit, while all 19 stalls would be located in the eastern Motor Vehicle Sheds. This option also offers improved, upgraded and stabilized facilities with enlarged ratio of number of horses to exercise area. For example, a covered ring north of the north windbreak at Golden Gate Dairy would expand horse use area on a previously disturbed area.

Improvements or modifications could change the visual character of the existing stable sites and, under certain alternatives, add new visual elements at new or existing locations. Short-term construction impacts would be evident to visitors in the immediate area where construction is occurring, and in some cases, briefly visible from lightly to moderately travelled roads or heavily used trails.

Potential impacts to the NPS operations include those resulting from the NPS sharing of a stables facility under two alternatives. Operations impacts would include potential capital and operating cost impacts due to infrastructure and utilities improvements. Park staff and programs such as Park Horse Patrol staff could be disrupted or suspended during relocation. The Park’s staffing and annual operating budget may increase due to the need for increased administrative oversight and site monitoring of the equestrian operations. 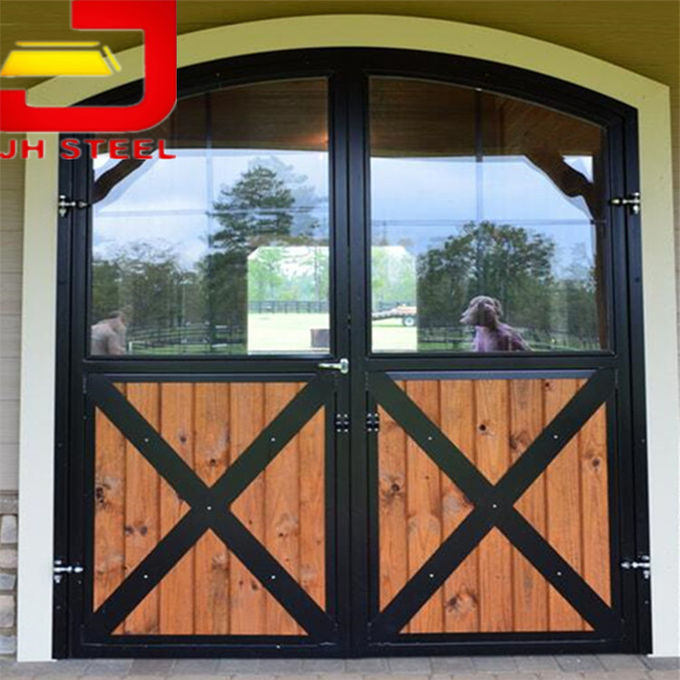