The lagoon is the predominant aquatic feature in the watershed; the two major tributaries to the lagoon are Gerbode Creek from the north and Rodeo Creek from the south. The brackish lagoon is variously measured as between 35 and 40 acres. In the winter, strong wave action and increased discharge from Rodeo Creek open a seasonal channel across the beach connecting the lagoon to the ocean. Gentler waves redeposit sand on the beach, closing the channel in the spring; remaining closed through the summer and fall. Just upstream of the lagoon, Rodeo Lake covers 5.5 acres of open water. The lake is an unnatural feature created in 1937 by building a causeway and weir to separate Rodeo Lake from the remainder of the lagoon. Historic changes to water resources within the drainage have altered the hydrologic and chemical characteristics of the entire system. Changes to topography, vegetation and watercourses, as well as the construction of roads, parking lots, buildings, trails, and other built features, have altered the rates and volume of surface water drainage within this watershed. Special status species recorded within the Rodeo Lagoon Drainage include California brown pelican, saltmarsh common yellow throat, monarch butterfly, and tidewater goby (in the lagoon).

Following the passage of the Clean Water Act (CWA) in 1970, the State Water Resources Control Board (SWRCB) became the state agency with the responsibility and regulatory authority to implement and enforce the CWA. As provided for in the State‘s Porter-Cologne Water Quality Act, the State Water Resources Control Board carries out its water quality protection authority through the application of specific regional basin plans. These plans designate the beneficial uses of waters of the state and water quality objectives (the ―criteria‖ under the CWA) to protect those uses. The 2007 San Francisco Bay Region Water Quality Control Plan (RWQCB 2007) is the master policy document for the San Francisco Bay Region, which identifies beneficial use designations for most water bodies, water quality objectives to protect those beneficial uses, and a strategy to achieve designated water quality objectives.

Alternative C would reduce the number of stables in southern Marin GGNRA by consolidating existing equestrian stables from four to two of the stable sites – Tennessee Valley and Rodeo Valley. The Park Horse Patrol would relocate from Lower Tennessee Valley to Tennessee Valley. Equestrian stables and associated programs at Golden Gate Dairy would be eliminated, (requires amendment of the 1980 GMP) reducing the overall number of horses in stalls within the GGNRA from 76 in Alternative A to 72 in Alternative C. Alternative C would include the components common to all alternatives, as described above in Section 2.3.2, with changes specific to this alternative as described below. The following paragraphs provide narrative descriptions of the critical site modifications proposed as part of Alternative C as well as the reasoning behind the proposed changes. Table 2-8 summarizes the Alternative C changes to each facility beyond those changes that are common to all alternatives. Figures 2-14 through 2-17 display conceptually how the existing sites would be modified under Alternative C. 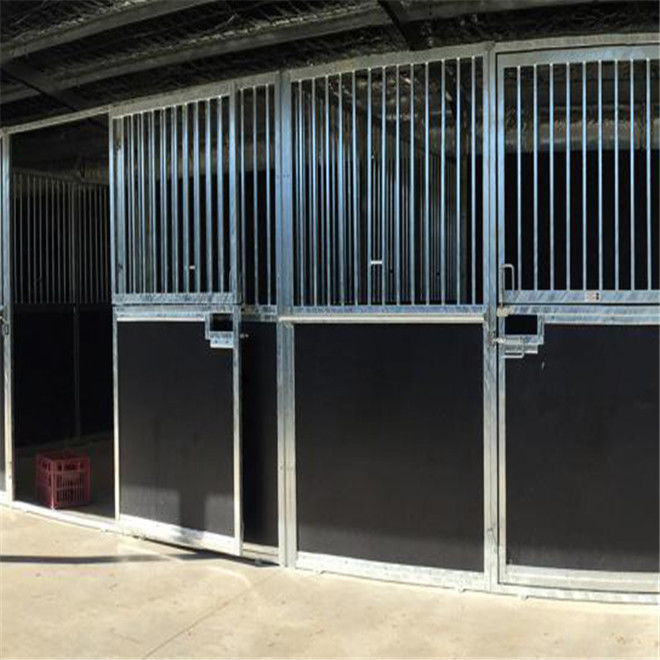