Livestock hay feeder for cattle and horse,corral feeder with roof

The coho (Oncorhynchus kisutch) is a federally and state listed endangered species, with critical habitat in Redwood Creek (64FR24049). Redwood Creek supports a genetically distinct sub-group of coho salmon (Garza and Gilbert-Horvath 2003) within the Central California Coast Evolutionarily Significant Unit (ESU; population or group of populations that is substantially reproductively isolated from other conspecific populations and that represents an important component of the evolutionary legacy of the species). Marin County appears to support a fairly consistent small run of coho in Lagunitas and Redwood creeks. Because of their life history, coho exist in three distinct year classes in any given stream, either as juveniles, smolts, or spawning adults. In Redwood Creek monitoring efforts have documented the existence of one weak but consistent year class with an average redd count of eight redds (five to 12 redds annually), one highly variable year class that had increased in population size to a high of 93 redds, and one variable year class with redd counts ranging from a low of 21 redds to a high of 80 redds (Carlisle et al 2008). From 1998-2008 coho densities and population estimates in Redwood Creek varied. Over the reported years, densities of coho ranged from a low of 0.073 coho per square meter in 2006, to a high of 0.693 coho per square meter in 2004 (Carlisle et al 2008). Coho population estimates ranged from a low of 1,050 (± 486) juveniles throughout the drainage in 2006 to a high in 2005 of 8,594 (± 1,652) juveniles in 2005 (Carlisle et al 2008).

Steelhead (Oncorhynchus mykiss) are federally listed as a threatened species with critical habitat in Redwood Creek (70FR170 54288-52627). Steelhead are also a California Species of Special Concern. The total steelhead population estimate for Redwood Creek in 1998 was 9,274 (± 1,660), dropping to 1,580 (± 553) per square meter in 2004; which translate to densities of 0.496 to 0.142 steelhead per square meter respectively (Reichmuth et al 2005). Small numbers of steelhead have been identified during snorkel and electrofishing surveys in Rodeo and Gerbode Creeks (Fong 2005). Although overall steelhead densities are low in Rodeo Creek, the condition of similarly aged steelhead is better in the Rodeo watershed than in the Redwood Creek watershed (Fong 2005). It is unclear whether the fish are anadromous and naturally occurring. Past historical records have indicated that Rodeo Lake was stocked by California Department of Fish and Game under U.S. Army management of the Marin Headlands. In addition, Rodeo Lagoon is closed to the Pacific Ocean for much of the year, open from a few weeks to a couple months during the winter and late spring. Spawning habitat for steelhead in Rodeo Creek is limited due to a low abundance of sandy or gravelly substrates (Fong 2005).

A description of these soils can be found in the Lower Tennessee Valley section of this document above. In the valley bottom near the road on the north side of the stables, soils are classified by the NRCS as Humaquepts, seeped. These are found on very low-gradient (0 to 5%) stream valleys and drainages and are composed of weathered alluvial deposits from igneous, sedimentary and metamorphic rock. They are poorly drained soils and have high potential for runoff. Other soils in the riparian zone are classified as Xerothents, fill. 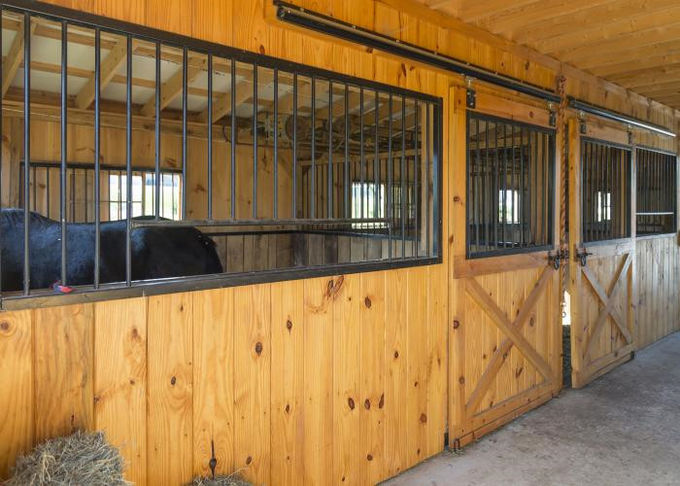