The amount of forage a horse is given or has access to is extremely important as the equine digestive tract continuously produces acid, therefore the horse’s digestive tract must contain food most of time; if a horse is without forage for more that 3 hours, the acid in the digestive tract will build up which can cause ulcers, diarrhea, and potentially colic. Behavioral problems can also develop because the horse is in pain from the ulcers that are a result of the low quantities of forage. The process of chewing produces saliva, which the horse uses as a natural antacid; if the horse has no hay or pasture to chew on, the antacid will not be produced and the horse will find anything to chew on to try and produce saliva, which can be the start of an oral stereotype.

Drug resistance is a growing concern for many horse owners. Resistance has been noted with ivermectin to ascarids, and with fenbendazole, oxibendazole, and pyrantel to small strongyles. Development of new drugs takes many years, leading to the concern that worms could out-evolve the drugs currently available to treat them. As a result, most veterinarians now recommend deworming for small strongyles based on fecal egg counts to minimize the development of resistant parasite populations.Fecal egg count reduction tests can also be performed to identify which dewormers are effective on a particular farm.

If a horse is heavily infested with parasites, dewormers must be given carefully. Small strongyles can form cysts embedded in the intestinal epithelium. A decrease in the active population of worms, as in the case of deworming, can cause larvae to emerge from the cysts (larval cyathostomiasis). Additionally, foals with a large load of ivermectin-susceptible ascarids in the small intestine may experience intestinal blockage or rupture after deworming. Thus, in heavily-infested animals, a veterinarian may recommend worming with a mild class of drugs, such as fenbendazole or a low-dose daily wormer for the first month or so, followed by periodic purge wormer treatments. 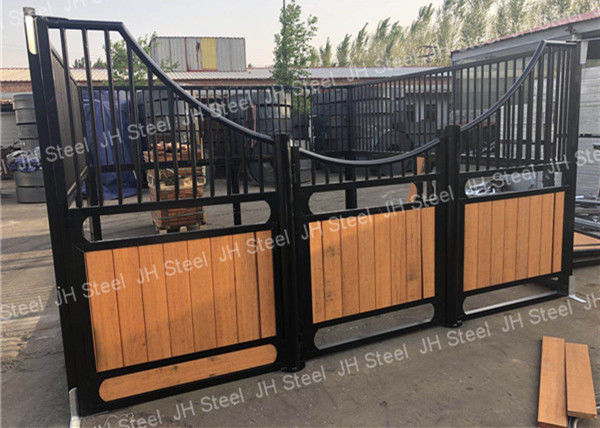