The study area for geologic resources includes the project footprint at the four existing equestrian stables and proposed site locations at Marincello and Lower Redwood Creek. Where relevant, descriptions of the larger area are provided as background. The existing and proposed equestrian sites are located within the Coast Ranges geologic province of California, part of a block of folded and faulted marine sedimentary and volcanic rocks. The region consists primarily of Mesozoic (248 to 65 million years ago [mya]) metamorphic and sedimentary rocks of the Great Valley complex, thrust upward when Cretaceous (145-65 mya) marine rock of the Franciscan complex was subducted underneath, deforming the rocks into the landscape present today. The Great Valley Complex is composed mostly of conglomerate, sandstone and shale, while the Franciscan Complex consists of metamorphosed sandstone, shale, limestone, chert, greenstone, serpentine, greywacke and various other metamorphic rocks (Marin County CDA 2005). In Pleistocene times (1.8 mya to 10,000 years ago) sea water levels rose during interglacial periods and the resulting encroachment of water in and around San Francisco Bay deposited thick layers of sediments known as ―bay mud‖. Conversely, during glacial stages of the Pleistocene the local sea level dropped as much as 350 feet, causing significant incising of stream channels and valley headcutting as water retreated from the continent and toward the Pacific Ocean (Marin County CDA 2005). In general, rocks at the surface within the Coast Range are Holocene-aged (10,000 years ago to present) sediments that are typically loose debris susceptible to seismic shaking, landsliding and liquefaction; these include bay mud, dune sand, marine and marsh deposits, landslide deposits, alluvium and colluvium. The older Pleistocene deposits consist of volcanic gravel, older beach deposits, and older alluvial/colluvial and marine terrace deposits that also have a potential for liquefaction and landsliding, especially when associated with seismic events (Marin County CDA 2005). Geologic materials at the stable sites are primarily Quaternary (2.5 mya to present) sand dunes, alluvium (water-transported materials) and other deposits underlain by the Franciscan Complex, which consist mostly of metamorphosed Mesozoic (248-65 mya) sedimentary and igneous rock as described above (NPS 2007). There are also interspersed areas of colluvium, or slope failure deposits, which are discussed further in this section.

Golden Gate Dairy. Non-historic buildings and structures (e.g., horse stalls and paddocks) would be removed and historic buildings would be rehabilitated for uses such as NPS, Park Partner or community meeting spaces, garages, stewardship center, and/or NPS maintenance purposes. One or more of these structures could be used for ranger residence, office or public contact facilities if consistent with the GMP. Non-historic structures (e.g., accessible toilet) would be added or incorporated into an existing structure. Specific uses of existing facilities no longer designated for equestrian uses would be directed by other future NPS planning. Tennessee Valley. Cultural landscape features would be rehabilitated and restored, similar to Alternative B, except that a new hay/feed structure would be built between the Main Barn and the Bunkhouse and new stalls would be built along the north side of the Main Barn across the historic concrete path. Rodeo Valley. Historic structures would have stabilization such as new roofing and repair of the Balloon Hangar and the historic Motor Vehicle Sheds. A new residence, water tank and manure shed would be constructed. 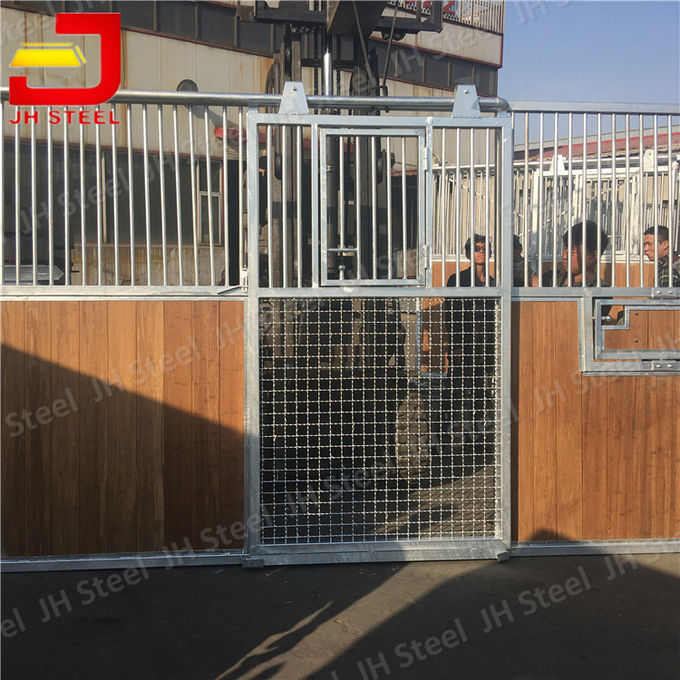