One of the most common outcomes of earthquakes or heavy precipitation events is mass wasting, or slope failure. Mass wasting is generally defined as any process which causes a large volume of earth materials to move downslope under the influence of gravity (Van de Grift 2009). These are commonly referred to as landslides; however, they can take on various other forms defined by the fluidity, movement and type of earth materials. There are many contributing variables to mass wasting; these are usually dependent on slope, soil type, bedrock, vegetation, precipitation, proximity to erosive action, freeze/thaw cycles and human activities. Common triggers include, but are not limited to, ground shaking, erosive processes undercutting a slope, addition of weight to the top of a slide-prone area or heavy precipitation events. While most mass wasting events occur on slopes greater than about 15%, it can occur on almost any non-horizontal ground surface. Mass wasting often occurs on slopes that have been cut or filled in excess of their normal angle of repose. Landslides, especially debris flows and debris avalanches are widespread and common throughout Marin County during times of heavy rainfall (Marin County CDA 2005). These are especially prevalent on steep slopes (greater than 27.5%), granular soil materials, shallow soils with bedrock contacts and/or changes on soil permeability and those closely associated with drainages. According to a 1997 study of the general distribution of slides and flows for Marin County, the six equestrian sites vary in terms of historical landslide locations. In general, the Rodeo Valley Stables,Upper/Lower Tennessee Valley and Marincello sites appear to be in an area of relatively low past slope failure areas, while the Golden Gate Dairy and Lower Redwood Creek appear to be located in an area of higher historic landslides regionally (USGS OF 97-745C). Slope failure can be a significant geologic hazard due to the existing geologic conditions found in the vicinity of the equestrian sites. A detailed geotechnical analysis detailing conditions at each of the equestrian sites would be required to determine the potential of a mass wasting event influencing the area and for analysis of potential hazards associated with such an event.

Written into the existing permits are practices intended to lessen or deter impacts on the natural and cultural resources found near the equestrian facilities. These practices address issues such as horse location, site maintenance, and water quality protection (e.g., animal waste management). To insure compliance, all permittees have agreed to periodic monitoring for environmental impacts, and to cooperation with corrective measures. The existing resource protection measures described in the permits address both requirements shared by all facilities and requirements specific to each site. The permits provide general guidelines as to where horses can be stabled, washed and treated at the facility. Site specific guidelines are dictated by the natural resources found at the location (such as waterways and pastureland) and by historic features found at the location as described below. Natural Resources. Protection of natural resources at the stable sites includes corrective measures required by the Superintendent of GGNRA to remedy environmental impacts identified during periodic monitoring. 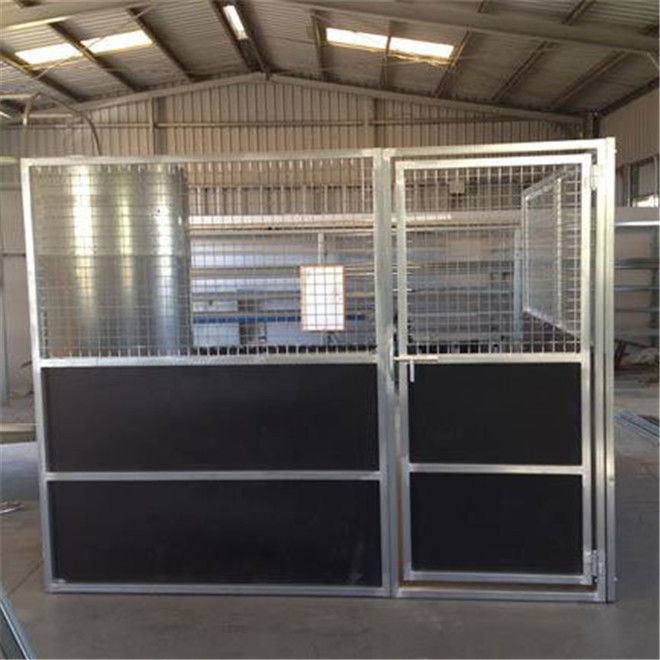