Scoping is designed to be an open process to gather input early in the NEPA process. In addition to notifying interested parties about a proposed project, it helps identify environmental issues and alternatives to be addressed in the EA. A number of internal and public scoping meetings were conducted with the NPS staff to identify the project’s purpose, need, and objectives; to develop preliminary alternatives; and to identify associated issues and impact topics. Public scoping occurred from May 24 to June 21, 2006, and again from February 3 to March 5, 2010, and included public meetings and open houses. The results of earlier scoping were used to develop concept alternatives that provided the basis for preliminary alternatives presented at the public meeting and open house held February 3, 2010. Scoping meetings were designed to receive input regarding the stated purpose, need, and objectives of the Plan; the preliminary action alternatives; and identify issues of concern to the public related to the planning effort. Communication with USFWS, the SHPO, and other agencies occurred on April 4, 2006, January 13, 2010 and February 2011. A more detailed description of scoping activities, including agency consultation, is presented in the Chapter 5 - Consultation and Coordination of this EA.
Environmental issues were analyzed to determine impact statements of problems or effects (both beneficial and detrimental) that might occur if the actions identified in the alternatives were implemented (or in the case of the No Action Alternative, continue to be implemented). Issues and concerns related to the potential environmental effects of the proposed action were identified through input from individuals, organizations, federal agencies, and the NPS public scoping efforts. Subsequently, the issues identified were used to help formulate the alternatives and mitigation measures. The comments generally addressed the following: ·
.The number of horses allowed and appropriate stable sites; ·
.How privately boarded horses benefit Park visitors; ·
.The number and type of Park partner facility operators (e.g., for-profit versus non-profit operators); ·
.The type and extent of public programs that should be offered; ·
.The size and best location for the volunteer horse patrol program; ·
.The need for facility improvements; and ·
Impacts to federally protected species and other natural and cultural resources. In response to the comments and concerns raised through scoping, as well as the requirements of laws, regulations, and policies, the NPS identified those impact topics needing detailed analysis. A summary of the impact topics is provided below. The analysis of the impact topics evaluated is presented in Chapter 4 – Environmental Consequences of this EA.
Alternative B includes two options; Option B1 would result in permanent stables at four sites and Option B2, the Preferred Alternative, would result in permanent stables at three locations. Under Option B1, Golden Gate Dairy, Tennessee Valley, Lower Tennessee Valley and Rodeo Valley would remain as equestrian stables. In contrast, under Option B2 the same sites are considered except Lower Tennessee Valley- which would no longer be a stable, and the horses for the Park Horse Patrol program would be moved to the Tennessee Valley stables. Otherwise, Options B1 and B2 would be similar and would include the elements common to all alternatives, as described above and in section 2.3.2. The overall number of horses in stalls (76) would remain the same as existing (Alternative A). 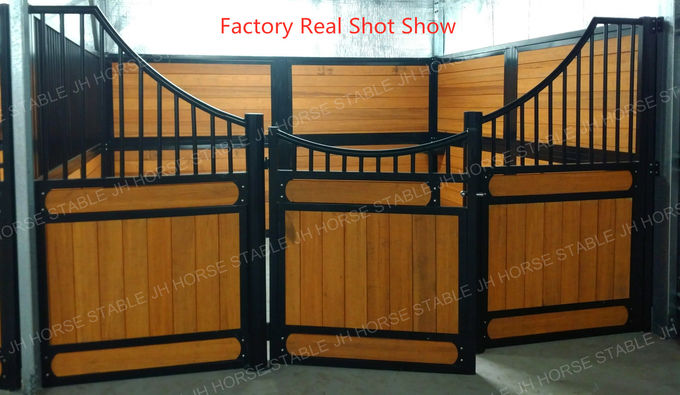