The military first developed the unnamed valley in 1904-1905 as part of a large-scale project to establish a ―Departmental Rifle Range‖ in Fort Baker. In December 1904 the army subdivided Fort Baker into two smaller forts — Baker and Barry — and the proposed rifle range became part of Fort Barry. The future balloon hangar site initially served as the temporary camp site for enlisted men and officers assigned to the Departmental Range, and during the course of constructing the range the curving perimeter of the valley was carved into two parallel benches or terraces for the quarters. The upper terrace held permanent, crude, mess halls, latrines, and living quarters for officers while the lower bench held prepared platforms where enlisted men and NCOs would pitch tents for the duration of their stay at the range. By 1910, the temporary frame structures consisted of a barn, an office, a storehouse, a cookhouse, a post exchange, an officers‘ quarters, and six mess kitchens.

During World War I the range‘s housing areas were pressed into service as a fulltime cantonment for troops undergoing training at the Presidio and other nearby military posts before being shipped overseas. Following the war, the valley briefly assumed the additional role of housing ROTC cadets assigned to the San Francisco area. Balloon Company Era On April 14, 1920, the 24th Balloon Company arrived at Fort Baker to begin its training and coordination activities with the Coast Artillery. Presumably, since there was no permanent hangar, the balloons were inflated for training missions such as this one and then deflated for stowage – a time consuming and probably frustrating situation for the soldiers. In late 1920 the army authorized the construction of permanent balloon hangars and Presidio of San Francisco; and Forts Worden and Casey on Puget Sound. In August and September 1920, the Construction Division of the War Department approved standardized plans for ―Dirigible Balloon Hangars for Aviation Stations‖ to be used for the eight coast defense locations. According to the Fort Barry ―Building Book‖ maintained by the fort‘s quartermaster, the Balloon Hangar was officially completed on 27 June 1921 and initially designated Bldg. No. 141. Total cost was listed as $99,893.50. In its original form, the Balloon Hangar was a rectangular building measuring 77‘ x 120‘ with sloping sides and a peaked roof, reaching an interior height of approximately 65‘10‖. The most notable feature of the building was a pair of sliding doors on its north façade, each measuring approximately 22‘9‖ wide x 44‘9‖ high, which slid open a supporting gantry to allow entry of an inflated balloon. 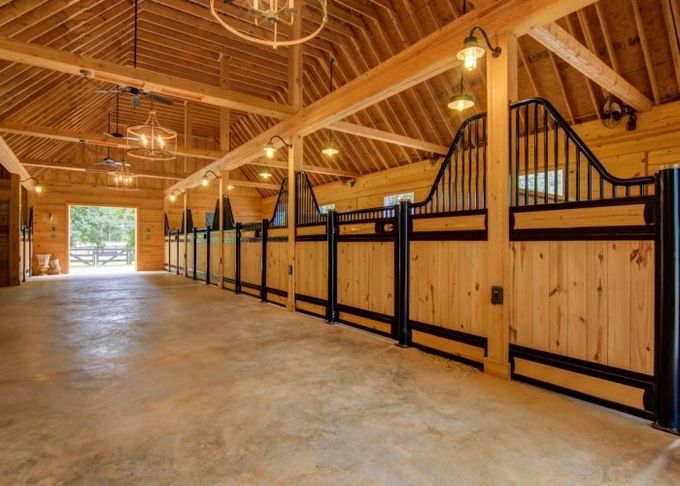