In addition to the hangar, the new balloon complex included a generator house located approximately 200 feet southeast of the hangar where the highly flammable hydrogen gas for inflating the balloons was located. The final element of the complex was a spacious ―balloon field‖ located north of the hangar where the airships could be launched and retrieved, and their ground tackle laid out. The field encompassed a square area roughly 500 feet on a side that dropped in elevation roughly 40‘ from south to north. The field was also crisscrossed by several roads and creeks, and does not appear to have been a prepared landing surface in the modern sense of an airfield. According to the Air Service Newsletter both the 24th and the 14th Companies had relocated to Crissy Field in the Presidio by November 1921.

The looming but empty balloon hangar became a fixture on the Fort Barry landscape during the 1920s and ‗30s. In 1940 the United States began to mobilize its military forces for possible involvement in the expanding European war, and yet another coast artillery fort was established in the Marin Headlands to augment Forts Baker and Barry: Fort Cronkhite, located on the north side of Rodeo Lagoon. The old balloon field area north of the hangar became the site of two expansive vehicle sheds hastily constructed to house the growing fleet of vehicles assigned to the posts. These sheds were virtually identical, each measuring 46‘ x 216‘ and consisting of 18 covered bays arranged in three stair-stepped sections of six bays each. The sheds were constructed according to standardized drawing #700-329, and were completed in September 1940. Midway through World War II, the hangar began to be modified from its original 1920 configuration as its use as a motor pool became firmly established. The first major alteration occurred in August 1943 when the sliding balloon doors were removed and their opening enclosed with materials salvaged from the doors. Vehicle access to the interior was now to be provided by two 10‘x12‘ sliding doors and personnel access was via two 3‘ x 6‘8‖ doors, one in each of the larger doors. As part of the remodeling, the steel gantry frames supporting the rolling doors, technically known as bents, were also demolished. In November, a two-room office with adjacent latrine for the motor pool was constructed in the northeast corner of the building, just inside one of the new vehicle doors. In 1944 the vehicle sheds underwent their first alteration when the southern third of today‘s Bldg. 901 was enclosed to create a paint shed.

The brown-headed cowbird (Molothrus ater) is a nest parasite that negatively affects the reproductive success of open-cup nesting songbirds and occurs throughout the project area. In their investigation of nesting success of songbirds in riparian drainages of Redwood and Lagunitas creeks, Gardali et al. (1999) reported cowbird parasitism on 37-47% of Wilson‘s warbler nests in 1997-1998. 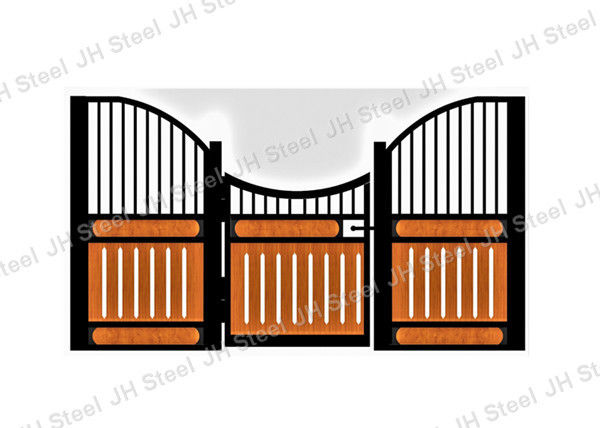