Under the Organic Act, the Department of the Interior and the NPS are directed to ―conserve the scenery and the natural and historic objects and the wildlife therein and to provide for the enjoyment of the same in such manner and by such means as will leave them unimpaired for the enjoyment of future generations‖ (16 USC § 1). This was reiterated in the Redwood National Park Expansion Act of 1978, under which the NPS is directed to conduct its actions in a manner that will ensure no ―derogation of the values and purposes for which these various areas have been established, except as may have been or shall be directly and specifically provided by Congress‖ (16 USC § 1a-1).

With conservation as its predominant mandate, the NPS seeks to avoid or to minimize adverse impacts on Park resources and values. While the NPS has discretion to allow negative impacts when necessary, the NPS cannot allow an adverse impact that constitutes resource impairment (NPS, 2006a). The NPS Management Policies 2006 that are particularly relevant to the Marin Equestrian Stables Plan are outlined in Appendix C.

The operation of the existing stables, with the exception of the Lower Tennessee Valley stable currently housing the Park Horse Patrol, is consistent with the GMP. In particular, the 1980 GMP found: ―These facilities [Golden Gate Dairy, Tennessee Valley, and Rodeo Valley stables] will continue to operate in their present general locations; but whereas they were conceived and operated to only offer boarding services to members, they will now be modified to provide such services to the general public as horse rental, overnight boarding, and trailer parking. In addition, application of their membership policies and regulations will be monitored regularly to ensure against discriminatory practices.‖ (NPS, 1980). The NPS is currently updating the GGNRA General Management Plan. Ongoing coordination between these two planning efforts will ensure consistency in the final approved plans. If an alternative is picked that eliminates one of the stables sites above, the NPS would amend the 1980 GMP. A new GMP that builds on the 1980 GMP is currently underway. The Park anticipates completing the final Plan and Environmental Impact Study (EIS) in 2012.

The Council on Environmental Quality (CEQ) regulations for implementing the NEPA requires that federal agencies integrate the NEPA process with other planning efforts to ensure that decisions reflect environmental values, to avoid delays later in the process, and to head off potential conflicts (CEQ, 1978). These regulations further describe the decision-making process used to determine when to prepare an EA—that is, when it is likely that a proposed action would have no significant impact on the environment (CEQ 1978: sec. 1501.4). Internal and external scoping with the NPS, agencies and the public has indicated that proposed actions associated with implementation of the Marin Equestrian Stables Plan would not likely have a significant effect on the environment and, therefore, an EA is the appropriate NEPA document. In the event that a significant impact is identified as part of the EA analysis, then an EIS may be prepared. 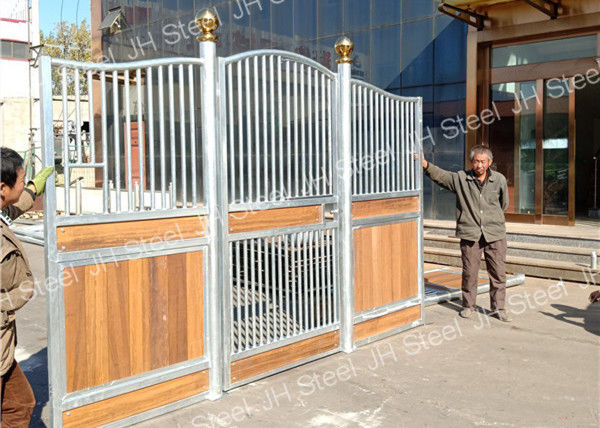