The aim of this study was to assess the microbiological quality of air in three horse riding centers differing in the horse keeping systems. The air samples were collected in one facility with free-range horse keeping system and two with box stalls of different sizes. The samples were collected over a period of 3 years (2015–2017), four times per year (spring, summer, autumn, winter) to assess the effect of seasonal changes. The prevalence of aerobic mesophilic bacteria, mold fungi, actinomycetes, Staphylococcus spp., and Escherichia coli was determined by the air collision method on Petri dishes with appropriate microbiological media. At the same time, air temperature, relative humidity, and particulate matter concentration (PM10, PM2.5) were measured. It was found that the horse keeping system affects the occurrence of the examined airborne microorganisms. Over the 3-year period of study, higher temperature and humidity, as well as particulate matter concentration—which notoriously exceeded limit values—were observed in the facilities with the box-stall system. The air sampled from the largest horse riding center, with the largest number of horses and the box-stall system of horse keeping, was also characterized by the heaviest microbiological contamination. Among others, bacteria from the following genera: Staphylococcus spp., Streptococcus spp., Bacillus spp., and E. coli and fungi from the genera Aspergillus, Fusarium, Mucor, Rhizopus, Penicillium, Trichothecium, Cladosporium, and Alternaria were identified in the analyzed samples.

Stables and other livestock buildings are not only a place for breeding and keeping animals, but also a work environment for people. Sanitary condition of air in stables has a direct effect on the health and well-being of people working with horses and the animals themselves. The causes of pollutant accumulation include frequent in such places high organic dust concentration, as well as small airflow inside rooms where animals are kept. In livestock buildings, air pollution originates mainly from animals, their feces, feed, and litter (Lloyd et al. 2003). Bioaerosol-forming microorganisms of livestock rooms are characterized by opportunistic virulence, but in cases of reduced immunity, periodically occurring in humans or animals, the air may be the source of pathogenic strains that cause zoonoses and epizootic diseases. Airborne microorganisms that may pose an epidemiological threat and can be found in livestock premises include enteropathogenic strains of Escherichia coli and other bacteria of fecal origin as well as Staphylococcus spp., Pseudomonas spp., Acinetobacter spp., and Erwinia spp., that can dwell in the litter or settle on the dust particles and together pose a health threat in the form of bioaerosol (Zucker et al. 2000; Elfman et al. 2009; Witkowska et al. 2012; Korzekwa et al. 2015). Mold fungi, including Cladosporium spp., Alternaria spp., Aspergillus spp., Penicillium spp., Fusarium spp.; their spores and metabolites; mycotoxins, and allergenic actinomycetes also pose a major threat; their presence in the air of stables negatively affects the health of humans and animals (Korzekwa et al. 2015). Toxicological hazards occur especially in those livestock rooms where negligence leads to the accumulation of feces, contaminated feed, dirt, and excessive humidity. Often, causes of poor sanitary condition include technological defects (e.g., inadequate material and construction solutions, lack of ventilation), improper operation, or negligence of repairs of facilities for animals (Duchaine et al. 2000; Chang et al. 2001). 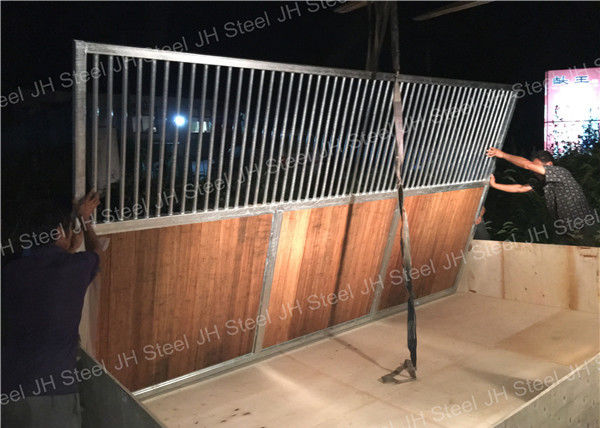